William G. Cutler's History of the State of Kansas
Kingman County was organized on February 27, 1874. The methods by which it was accomplished are not recorded, but it is a well-known fact that when the organization took place there were not 20 bona fide settlers in the county.
Governor Thomas A. Osborn appointed J. Harmony as County Clerk; J.K. Fical, J.M. Jordan and G.W. Lacy as County Commissioners to fill those offices temporarily, and designated Kingman as the temporary county seat.
The officers met at Kingman March 5, 1874 for the purpose of organizing a board of permanent County Commissioners; the temporary board was declared permanent (J.K. Fical withdrew, W.C. Frank was appointed in his place.)
On petition from the citizens, the board called a special election, to be held at Kingman, April 7, 1874, to vote on the question of issuing county bonds to the amount of $70,000, for the following purposes, to wit - $25,000 for a court house, $10,000 for bridges and $35,000 for general expenses, said bonds to be payable 10 years from date of issue, bearing interest at the rate of 10 percent per annum, payable semi-annually.

The county seat was located at Kingman and the issue of the bonds authorized. These bonds were printed, but were cancelled the next spring and destroyed. What the vote of the county was at the first election is not shown by the records, but it must have been very light, as the actual settlers in the county were very few.

Library
Built in 1914, the Kingman Public Library is one of several Carnegie Libraries still being used for the purpose for which it was erected. It is also listed on the National Register of Historic Places.

Kingman Carnegie Library has paid periodical subscriptions and materials that include disc, audio cassettes and books on compact discs, videos, and books from the rotating book truck. It also has unique displays from area professional artists, excellent books for genealogy, Kansas books, and rolls of microfilmed newspapers from Kingman County and the City of Kingman dated from 1884 to present and the Kansas census back to 1920.

Photos
View the photo gallery to see images of Kingman County as well as photos of the Courthouse Centennial Celebration. 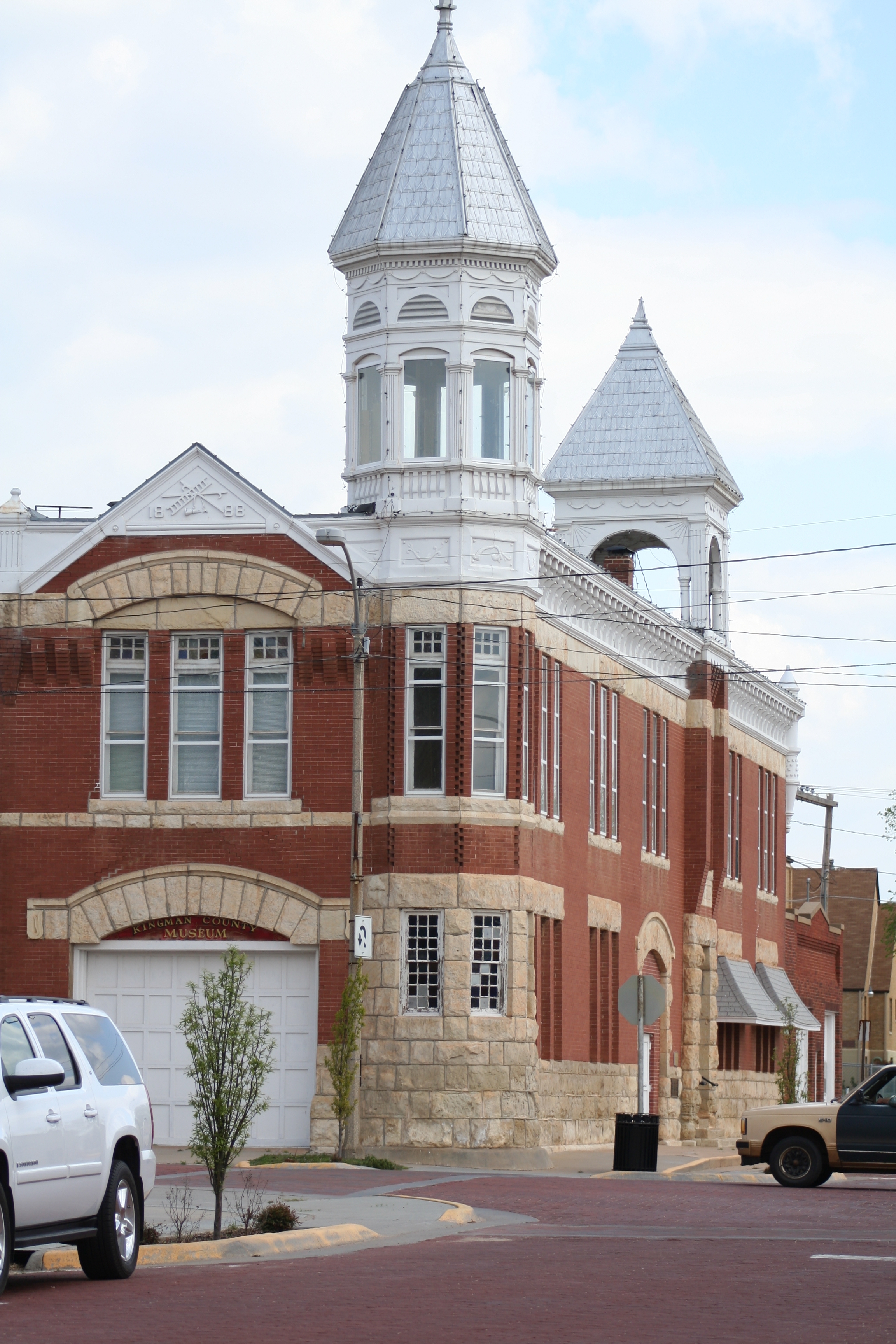